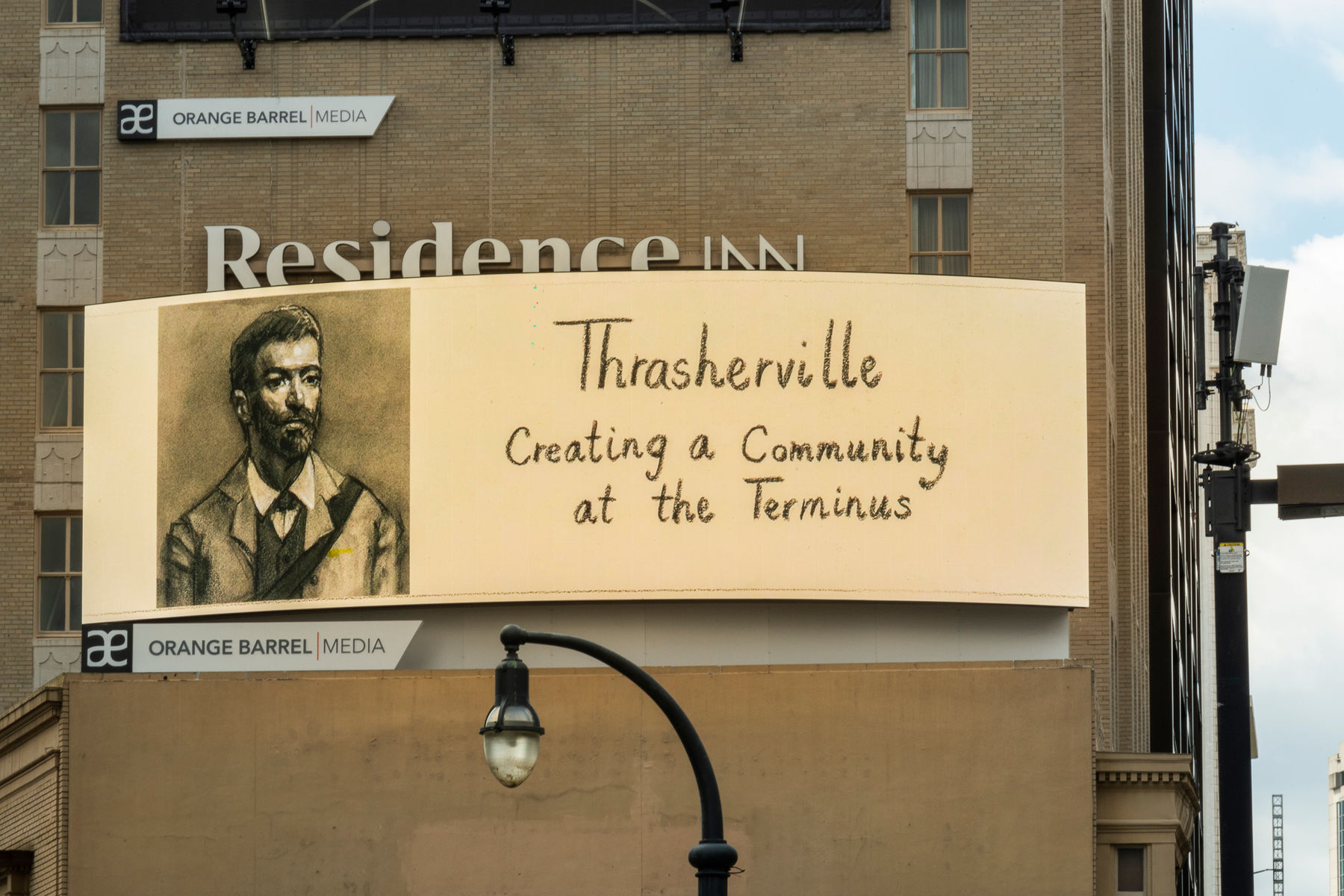 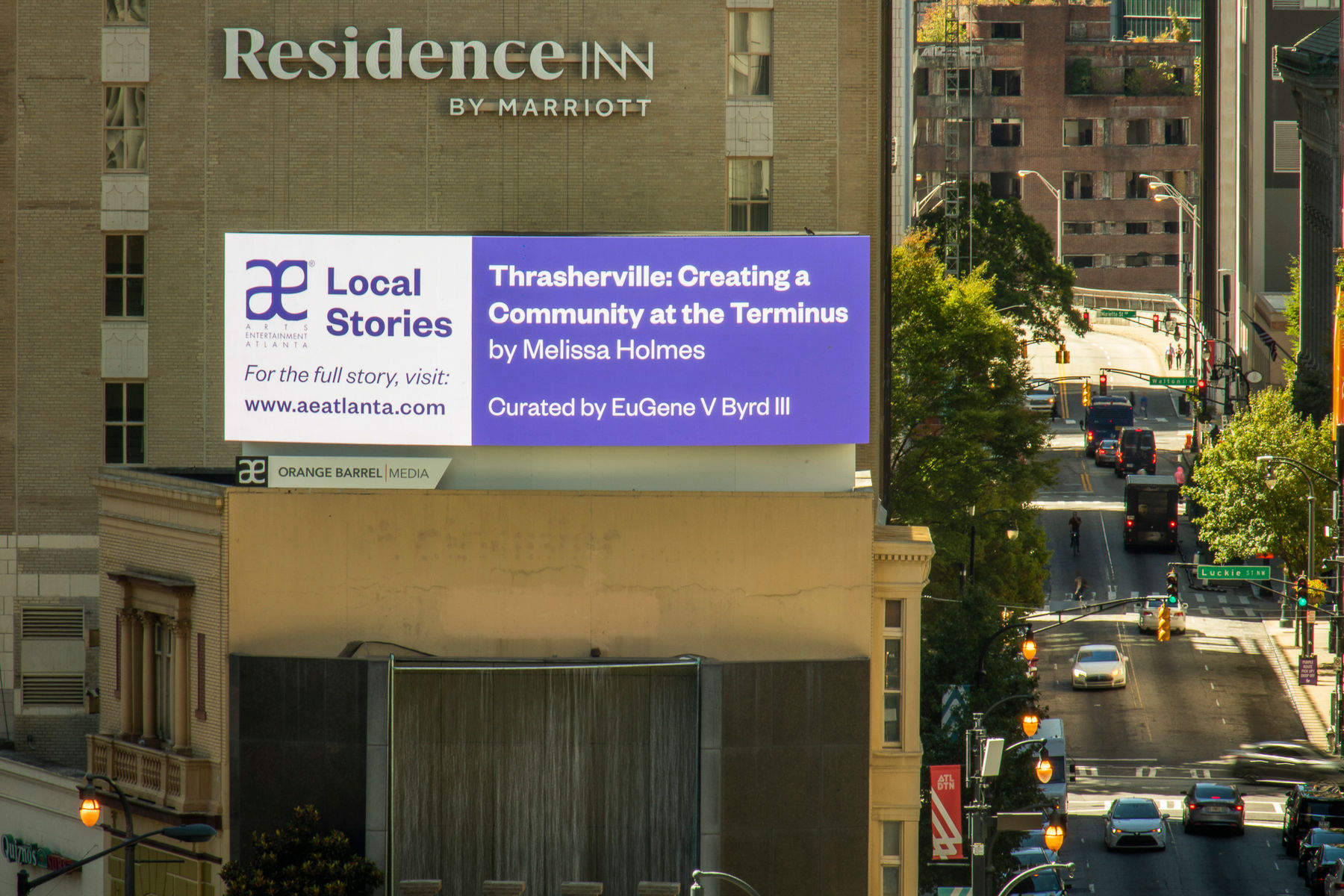 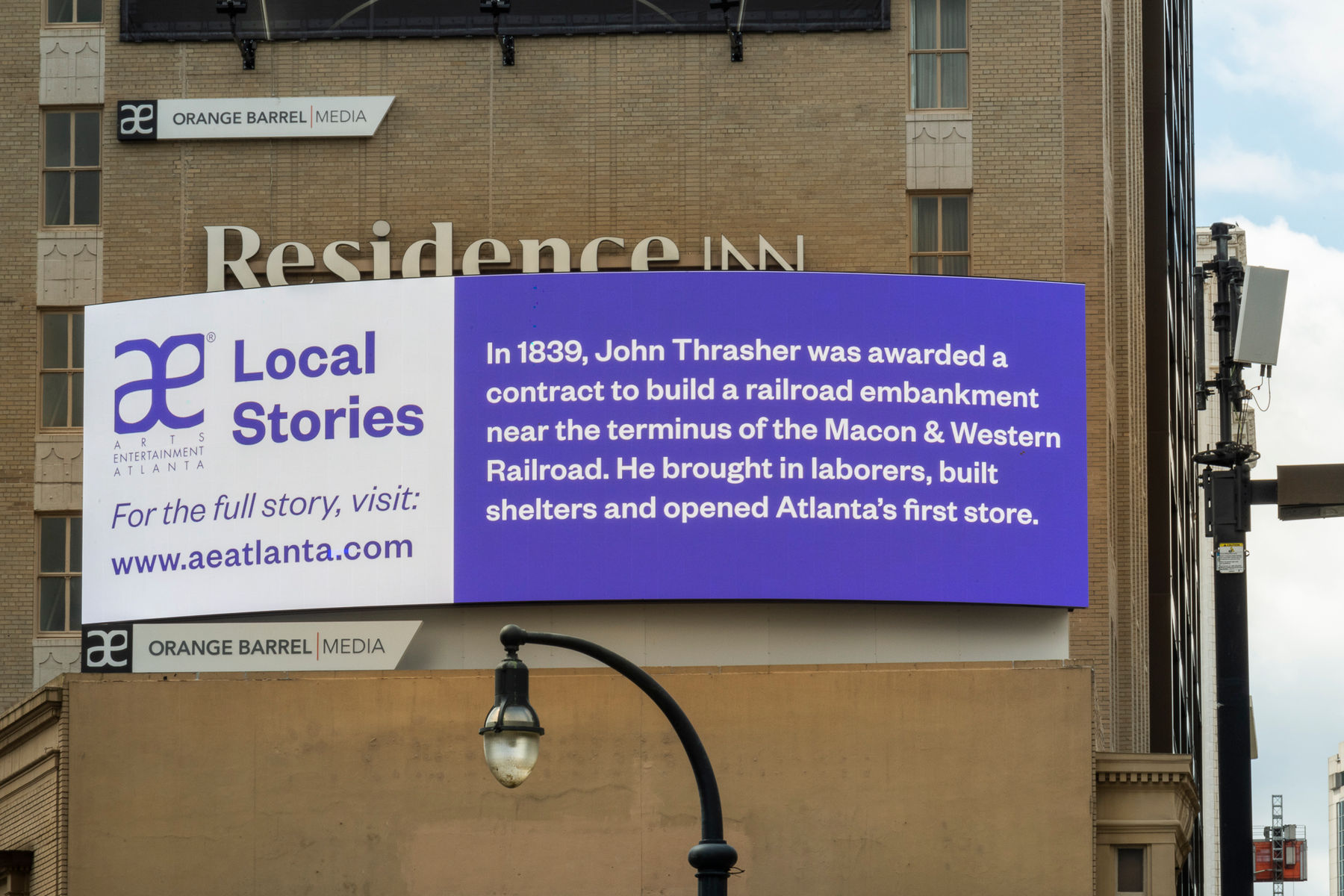 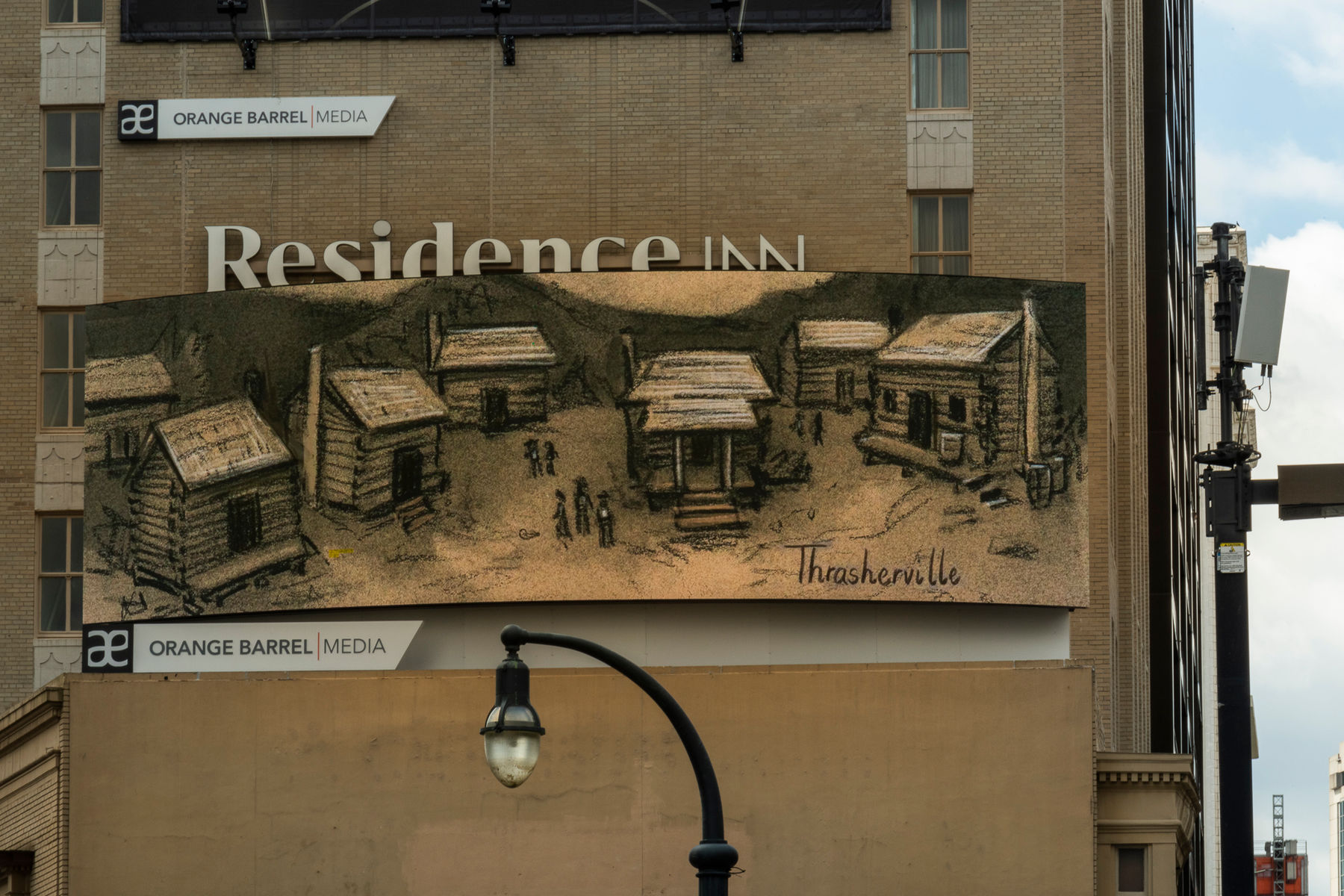 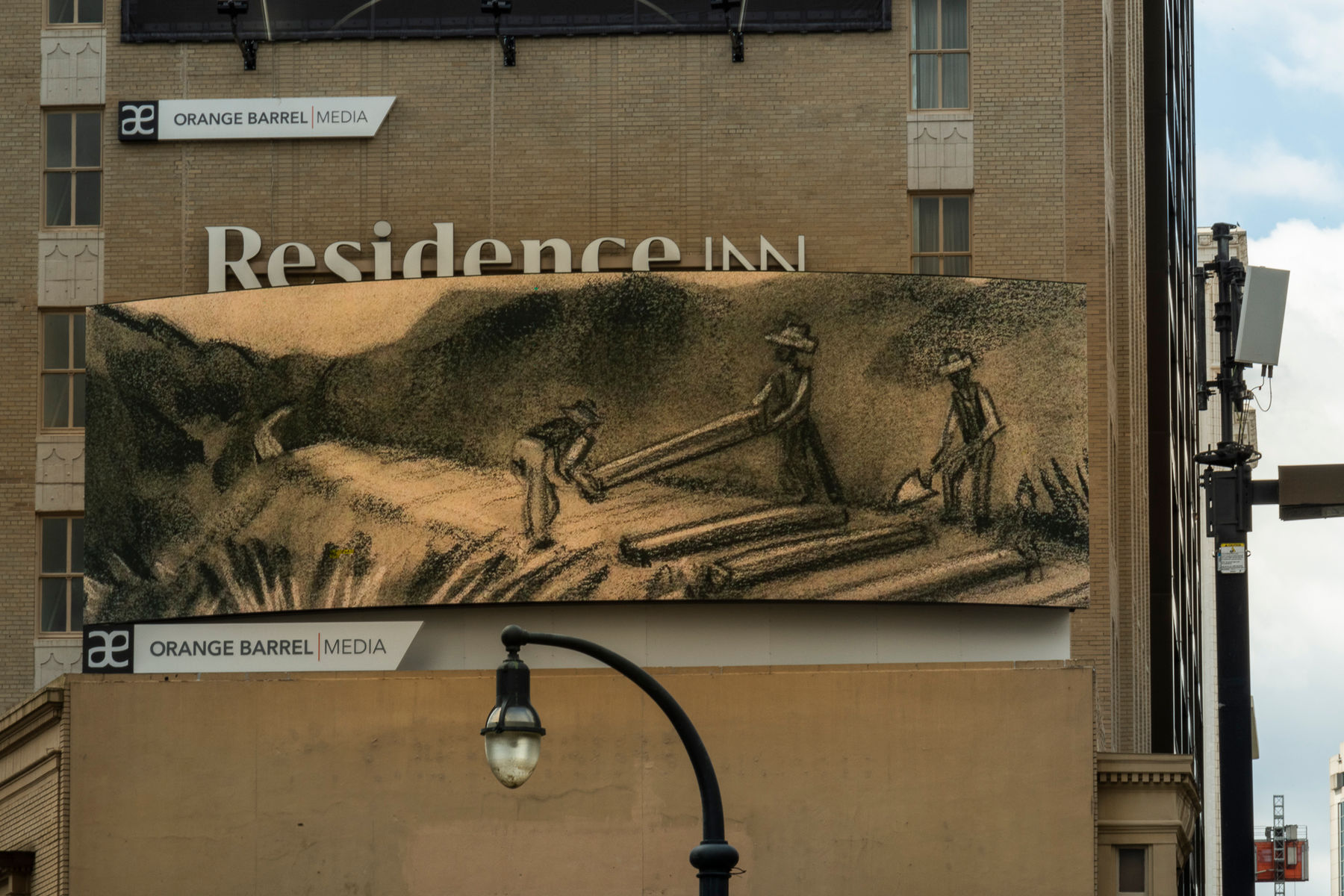 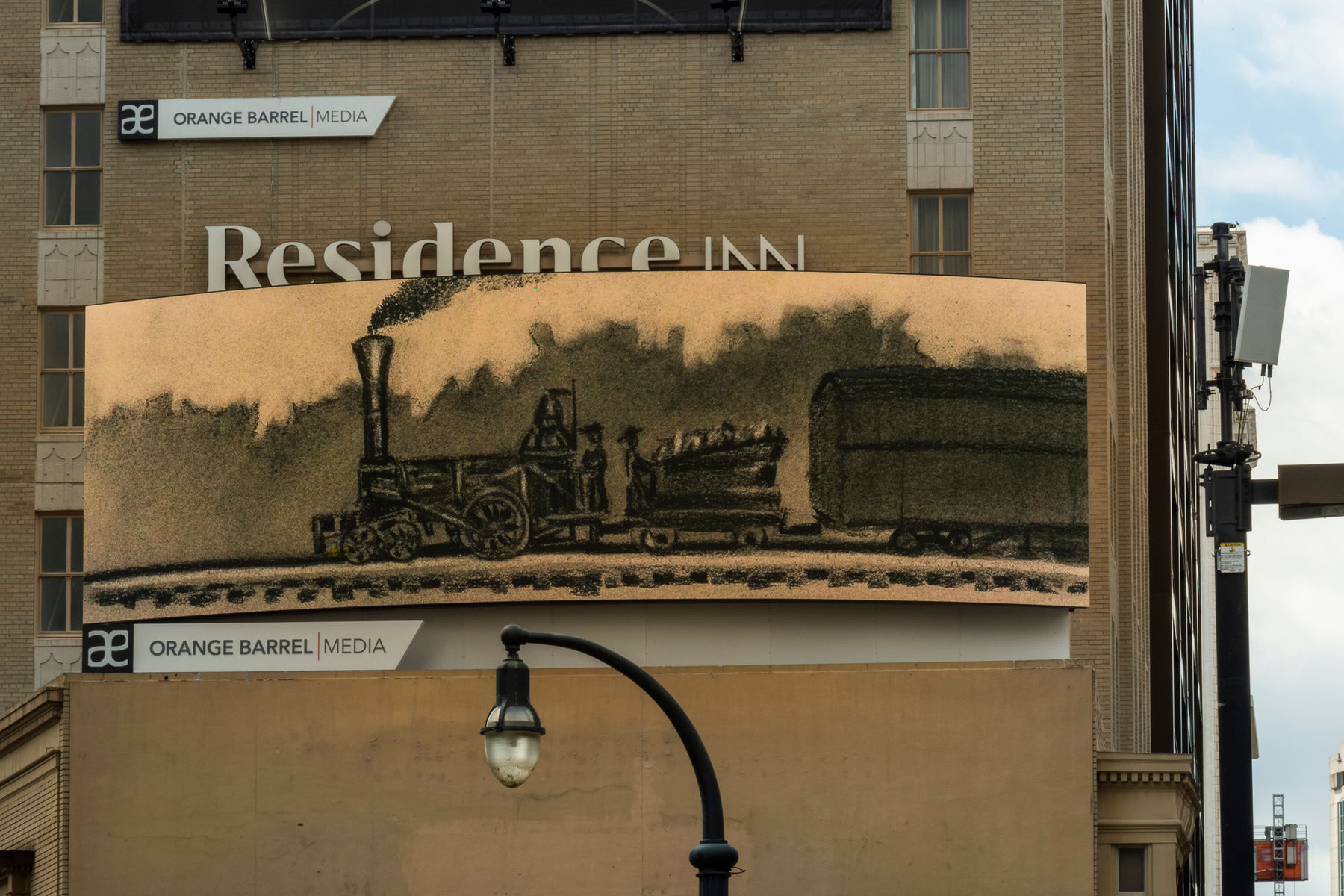 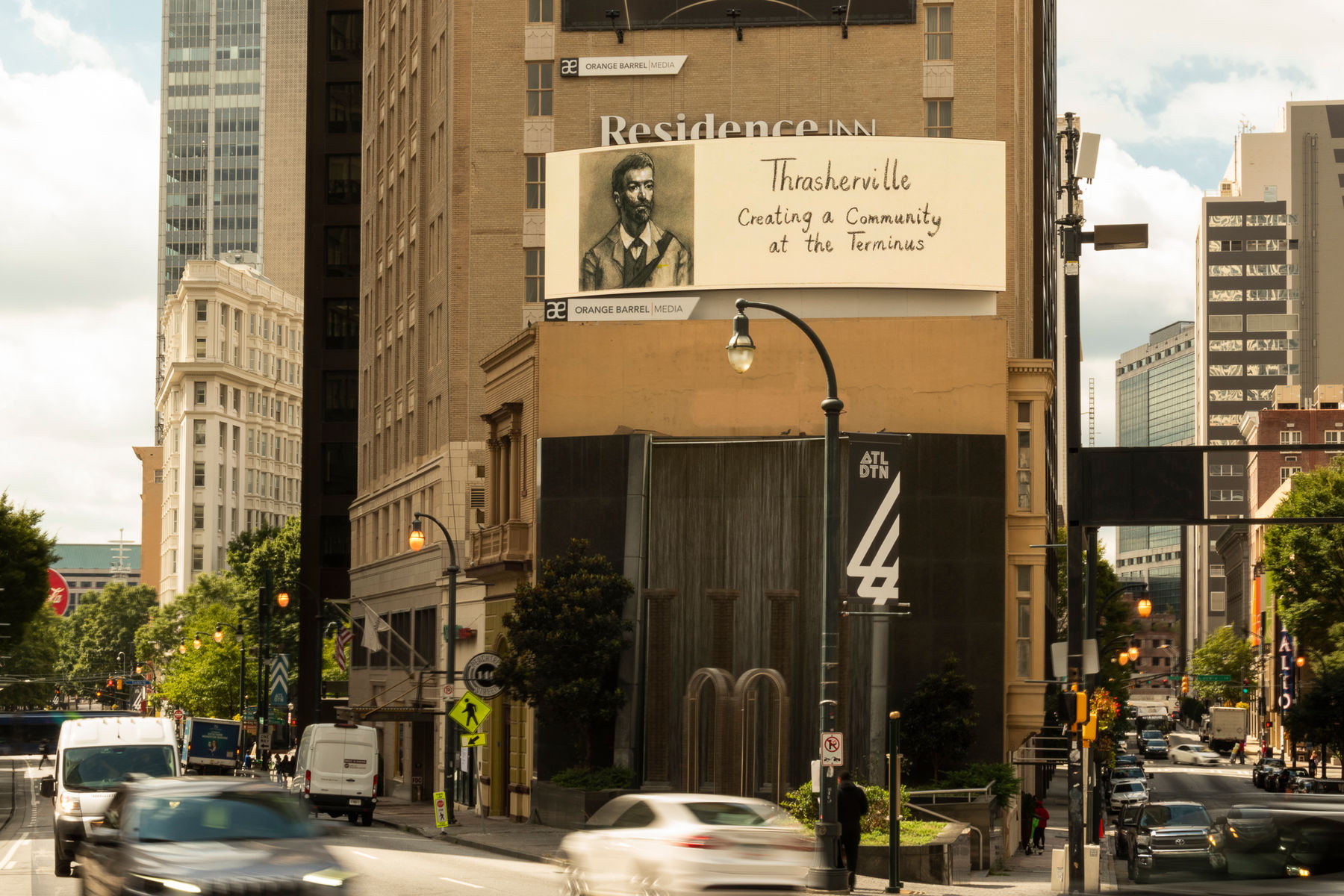 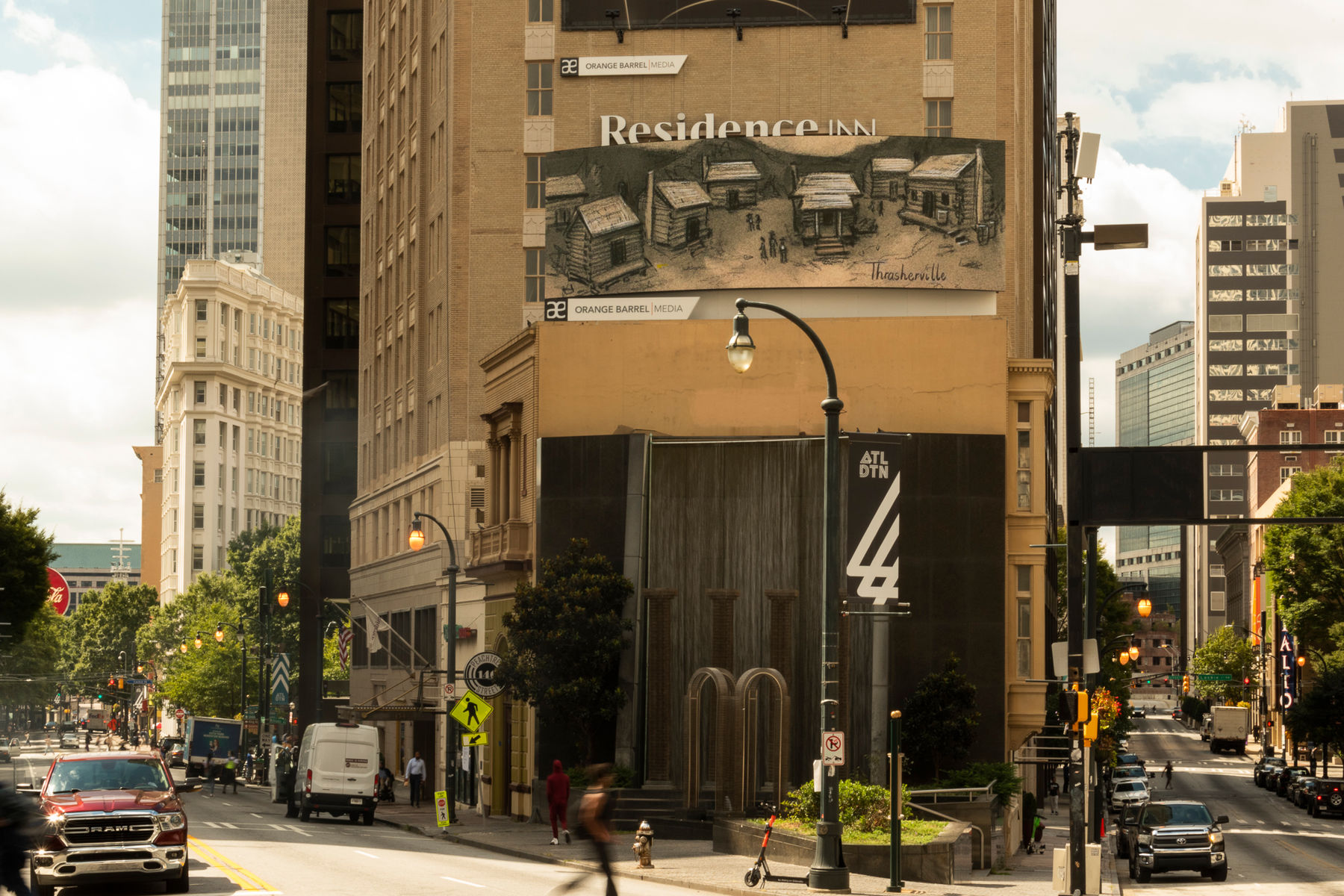 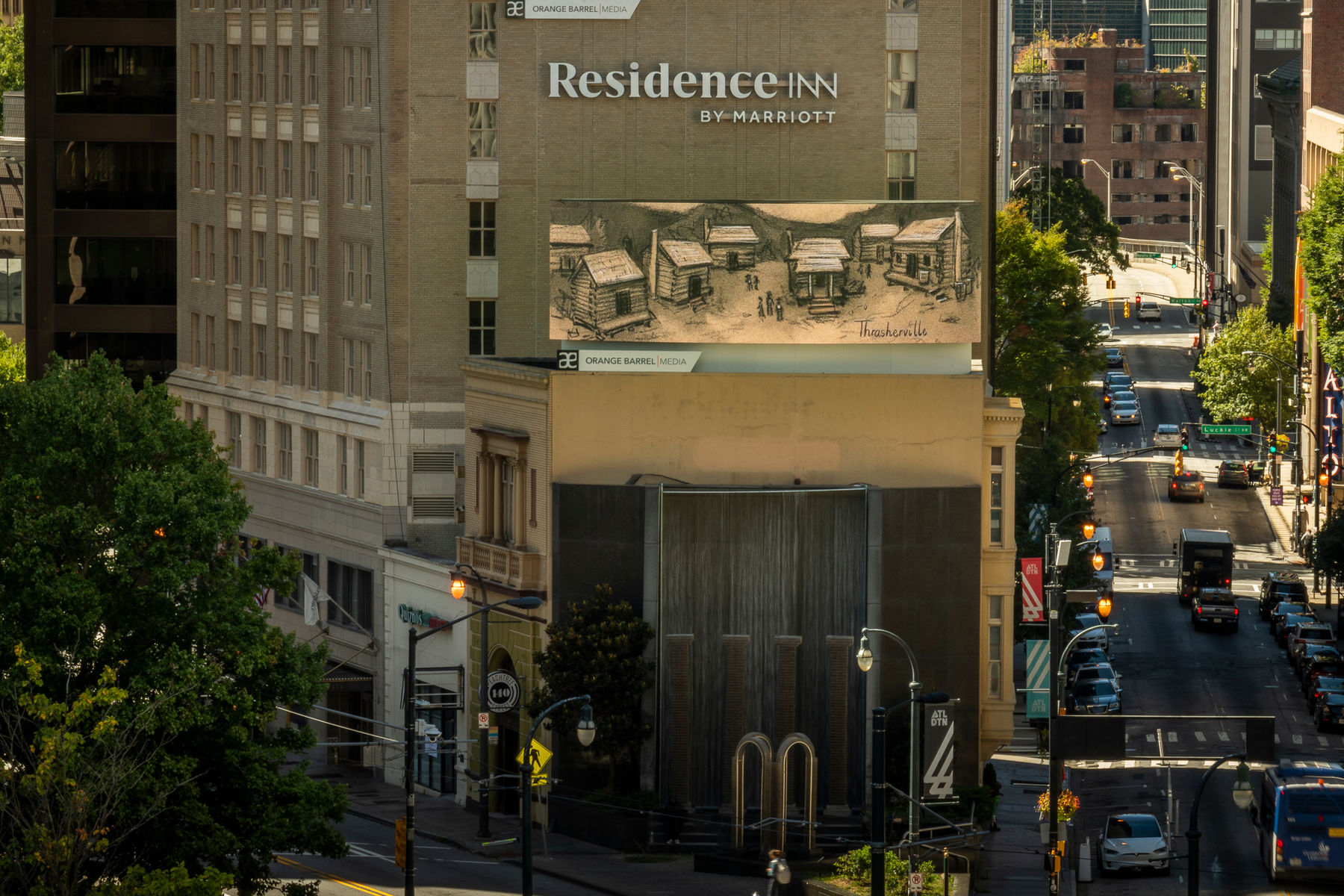 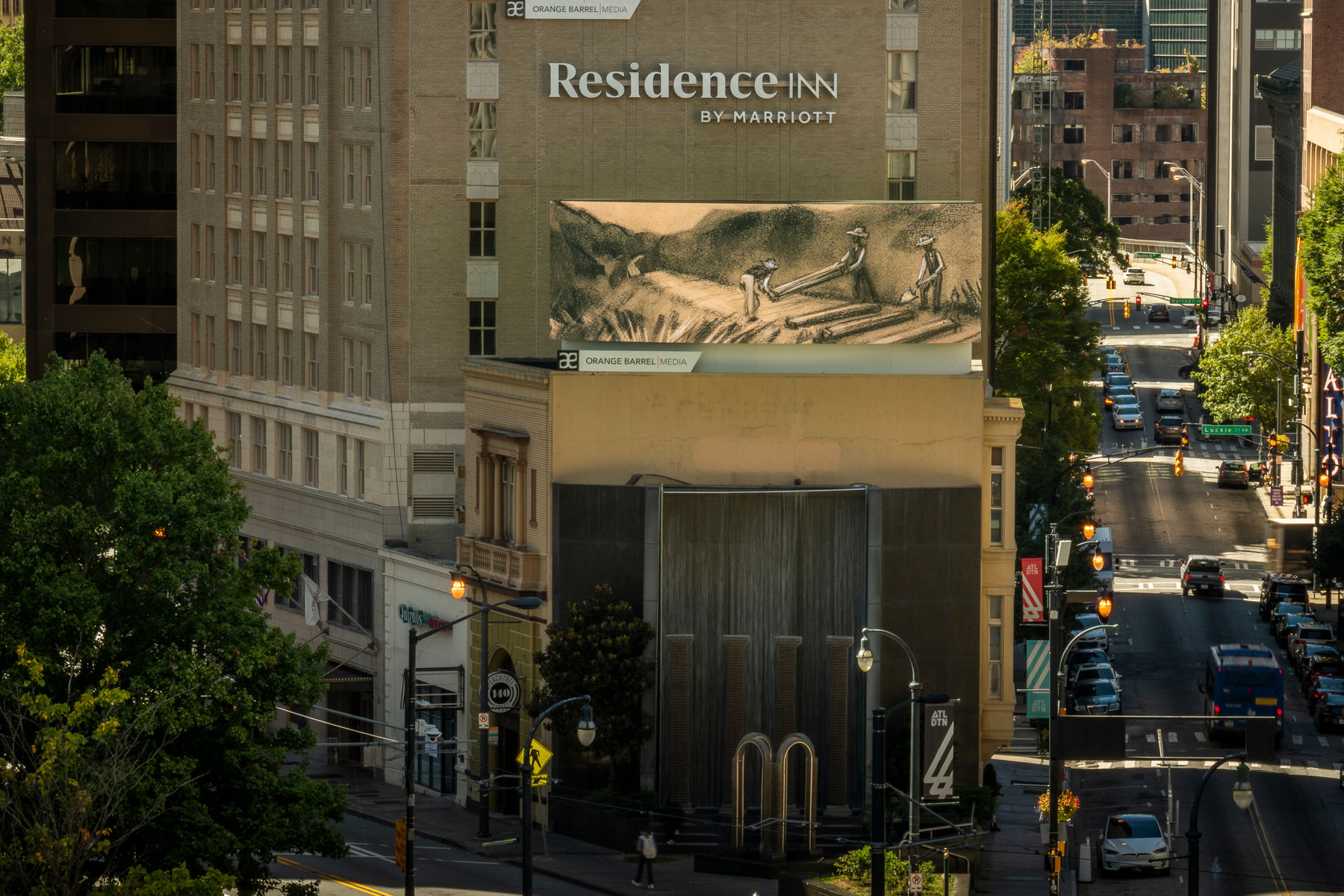 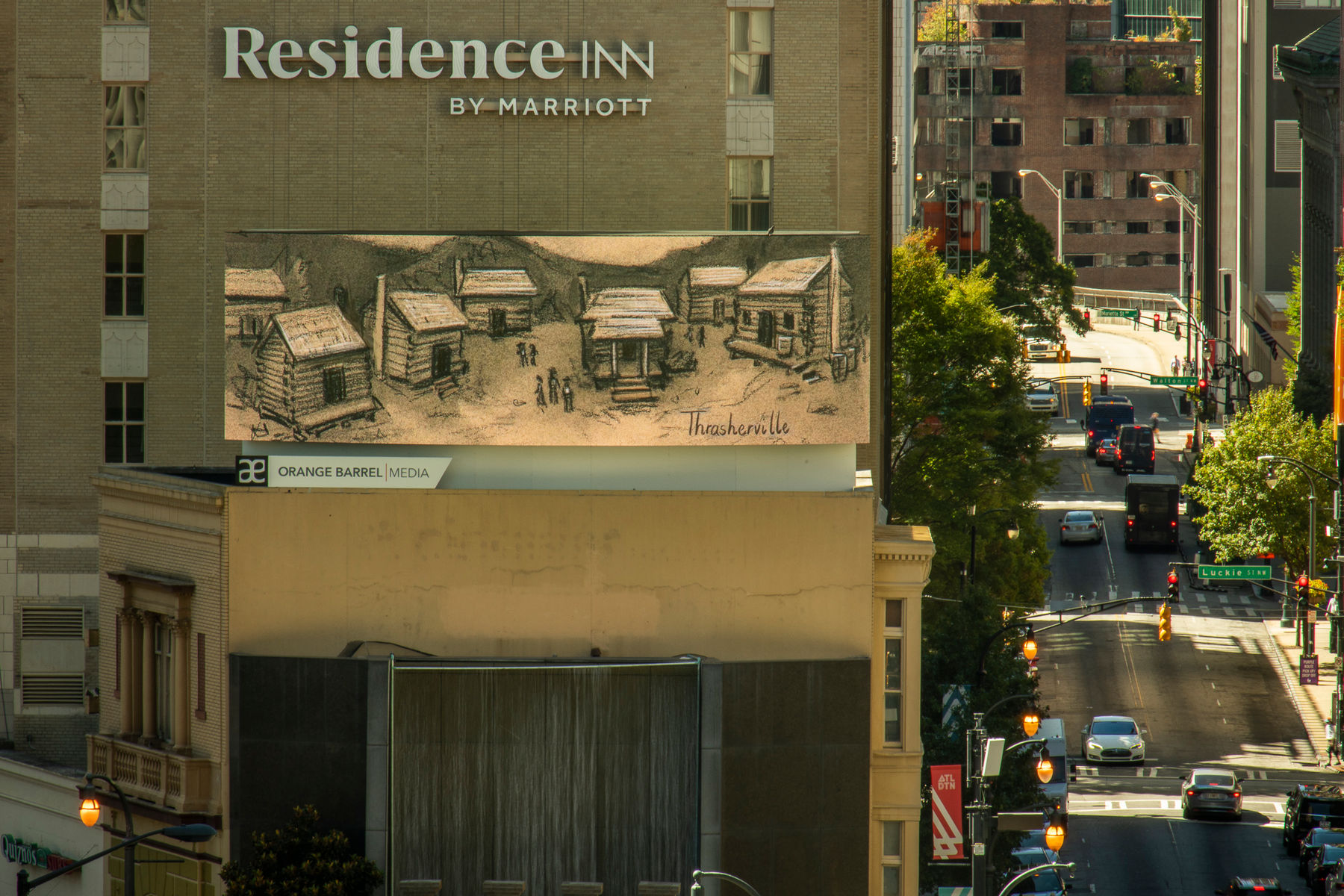 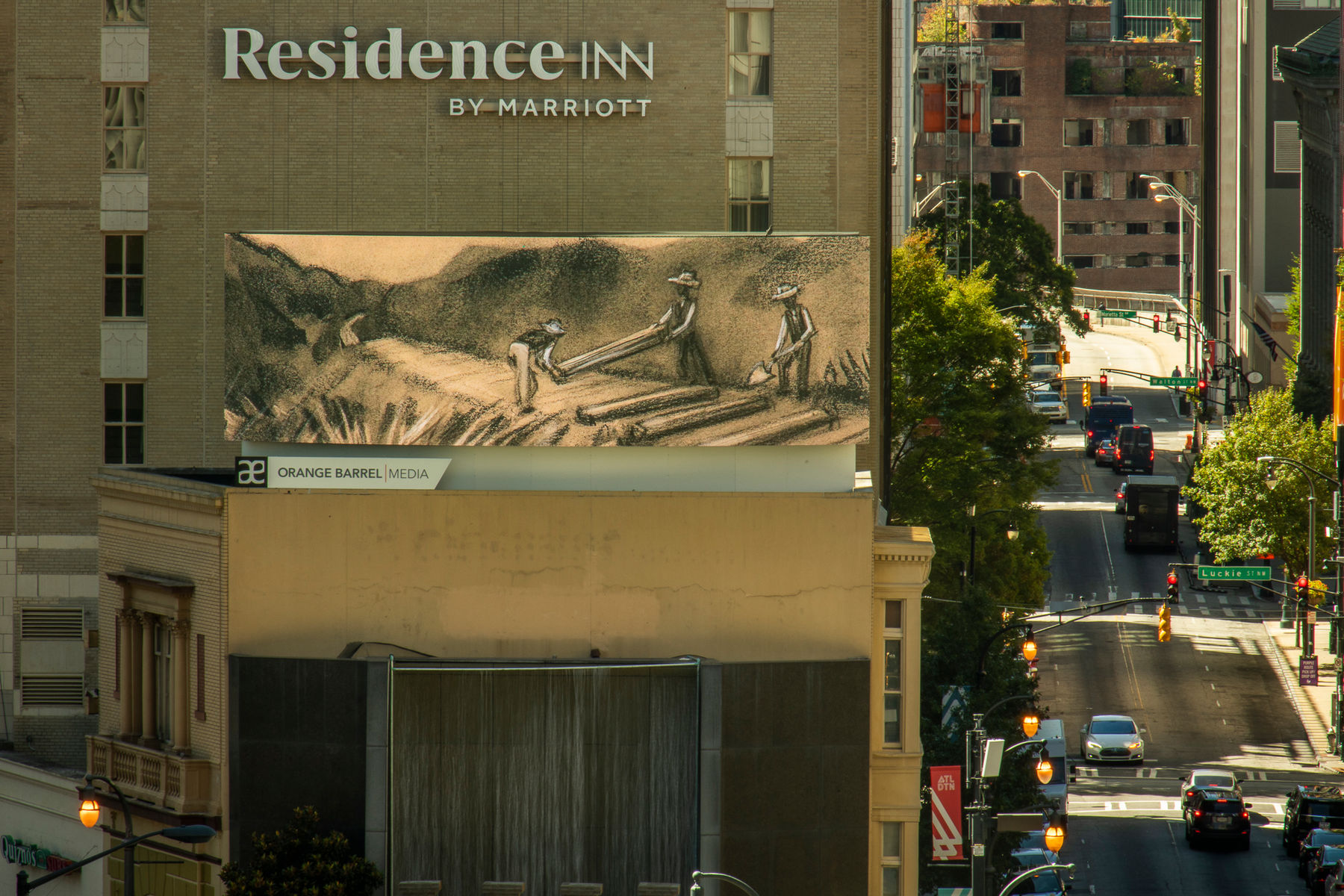 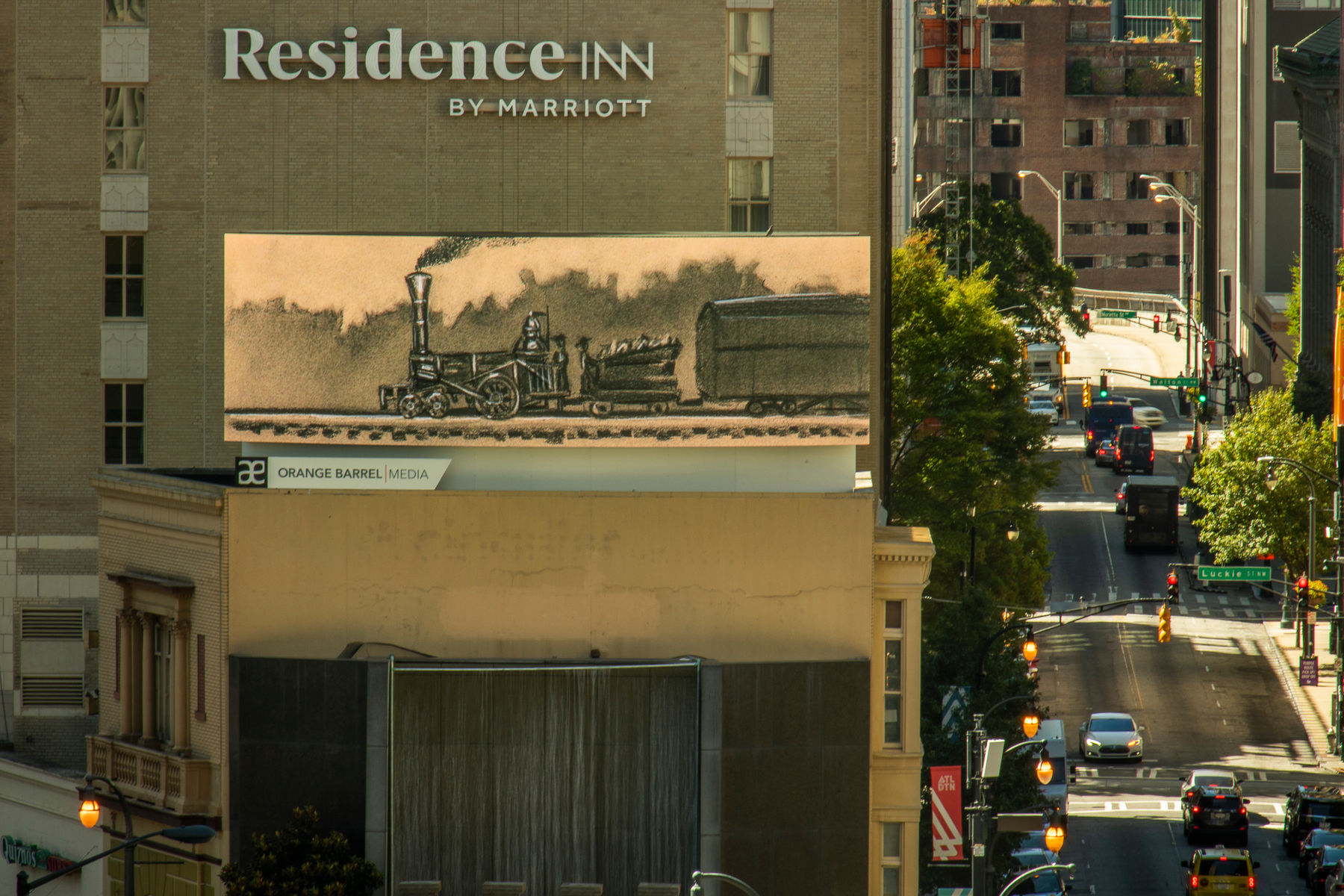 Artist Statement: I grew up near the site of the first British settlement in the Carolina colony near Charleston, South Carolina, so when I moved to Atlanta, I was curious about the motivations of Georgia pioneers who appeared to start a town away from natural landmarks. As an artist who worked as a software engineer, I have been increasingly interested in exploring the social impacts of technology and the intersection of art, code, and data. In 2019, I attended the School for Poetic Computation in New York City, where I was immersed in these subjects and began experimenting with combining digital and traditional art forms.

Lately, I am eager to spend less time at my computer and more time having face-to-face interactions with people around me and hearing personal stories. I usually draw and paint people from direct observation. Since the historic settlement of Thrasherville is hidden under modern Atlanta, I made new artifacts to tell the story of John Thrasher’s contribution to the founding of Atlanta: physical drawings in charcoal on paper, a pioneer era medium.