The South Got Something to Say 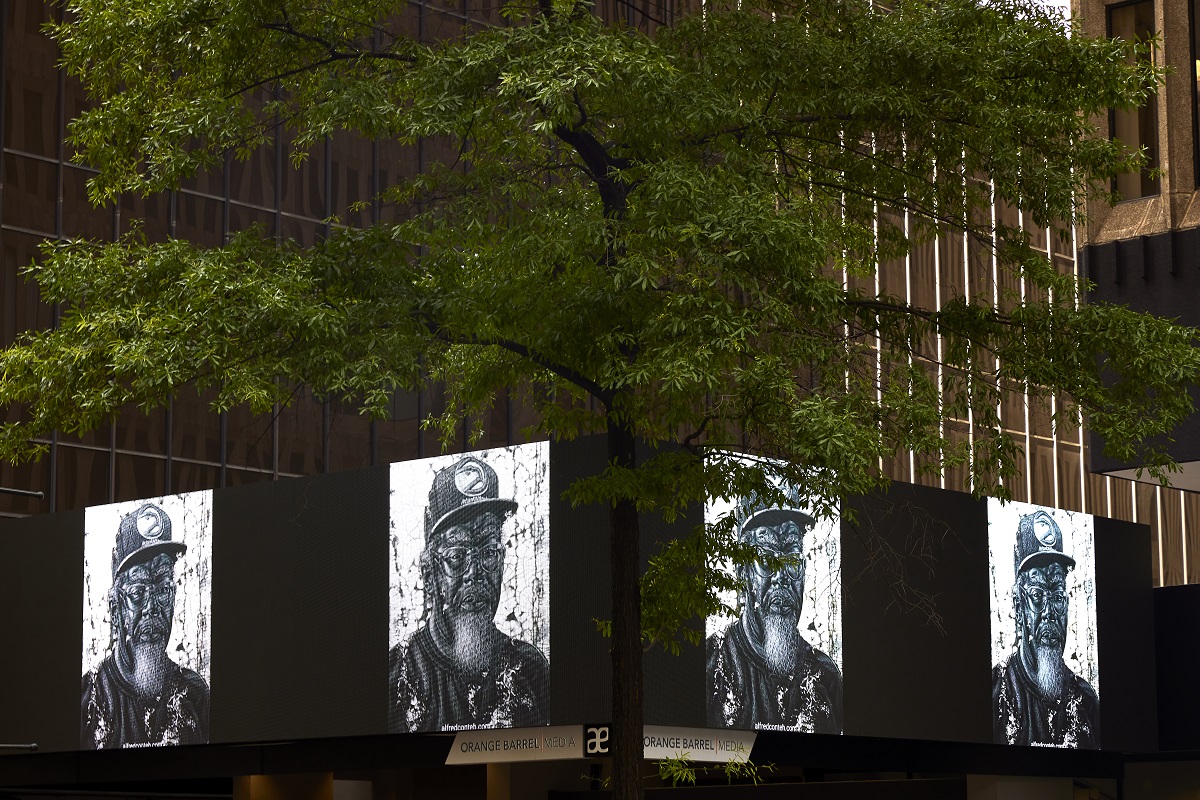 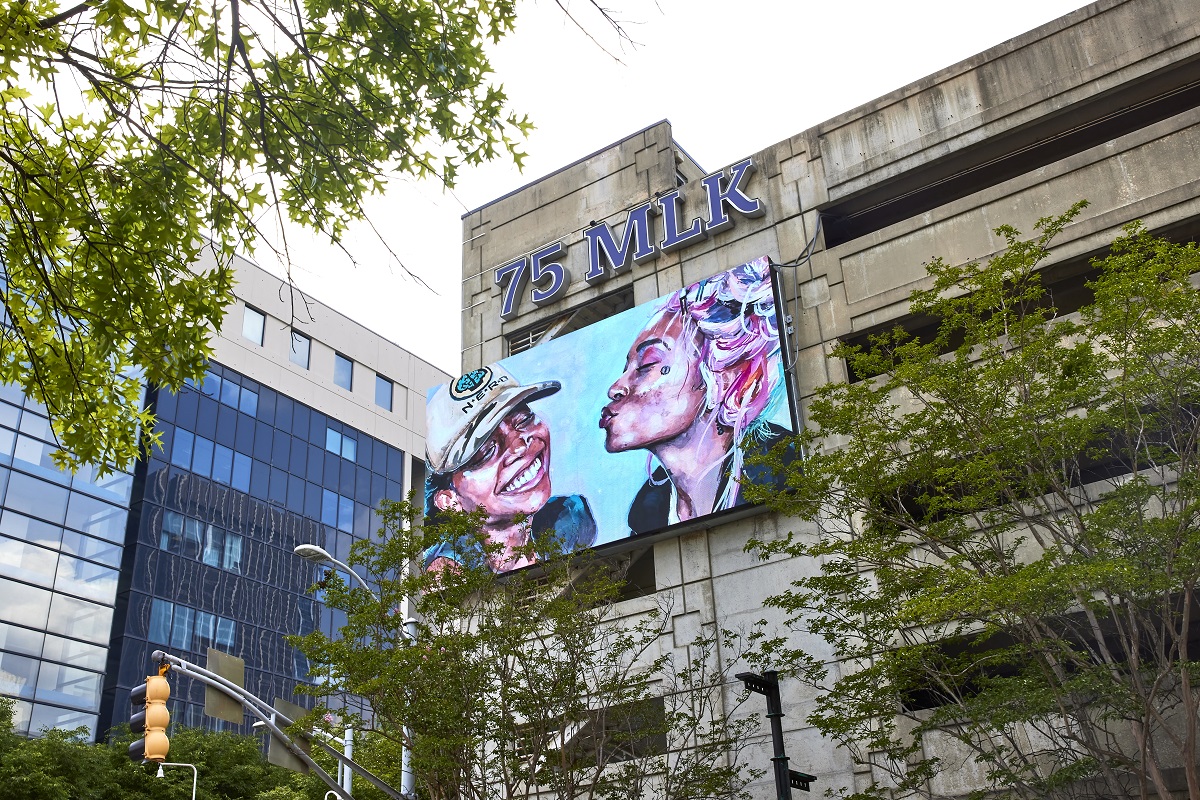 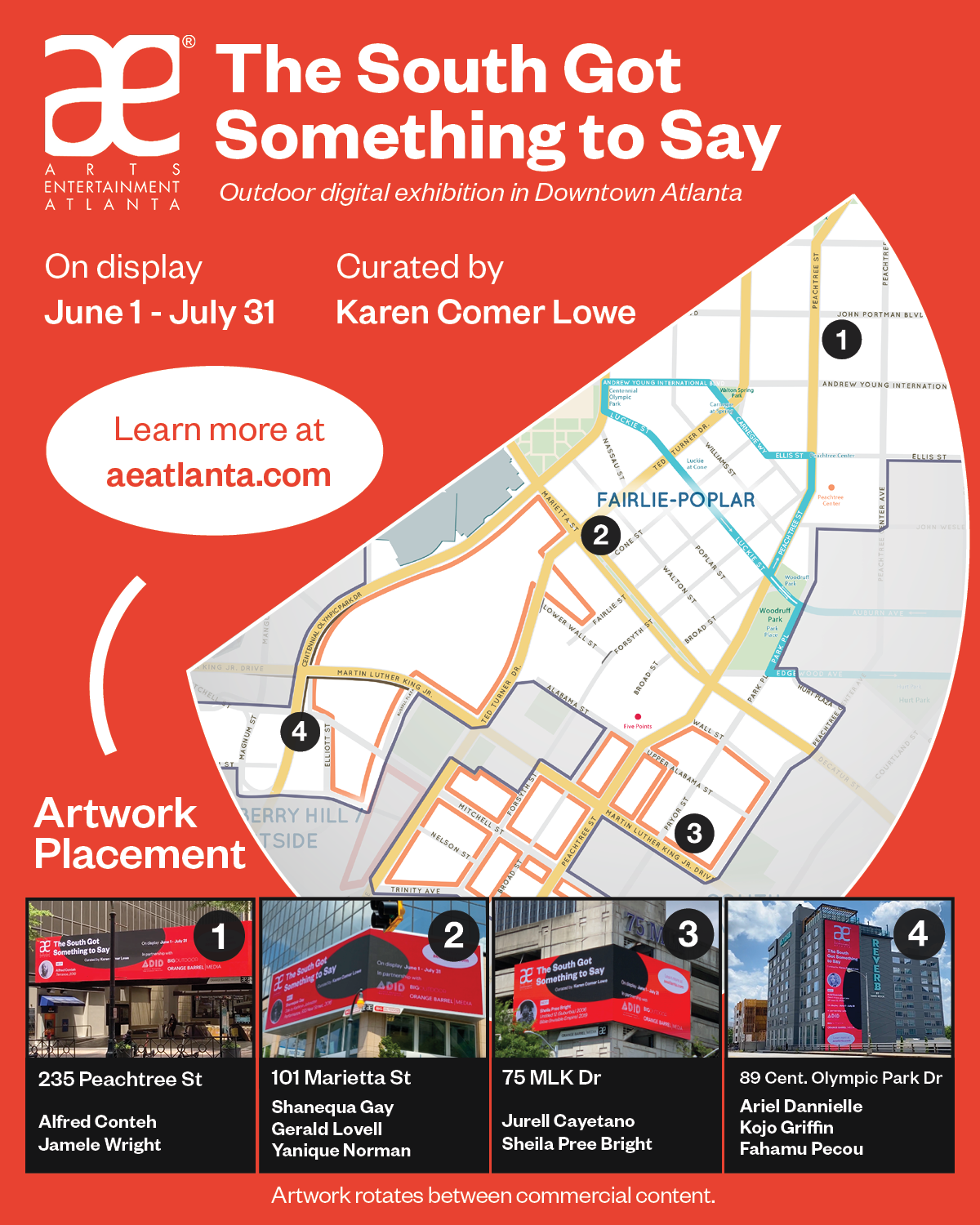 Taken from the words of legendary Atlanta-based rapper Andre 3000, part of the southern hip hop duo Outkast, in 1995 at the Source awards. This phrase issued a proclamation about the rising impact of Atlanta as a city. Since that time, the city has risen as an influential force in music, film, and politics.

This digital exhibition is a recognition of the visual culture of Atlanta and the people who contribute to that culture. The works while variant in medium, address a reckoning with the intersectional inequities of our being. This is expressed by many of the artists through the original materiality of the artistic piece. While transferred into the digital realm, the message is further communicated in this new visual way.

As a native of Atlanta, who has seen and experienced the shifts, changes, and expansion of the culture of the city. I want the focus of this exhibition to be a visual celebration of those enriching creators who are contributing to the ever-changing footprint of the Atlanta Cultural community.

This digital exhibition invites artists to express their view of the south outside of the dominant perspective and to explore Southern values through the visual narrative from artists living and working in Atlanta.

Each artist selected has chosen Atlanta as their home base.  Some have exhibited internationally and others are emerging on the national art canon.  Atlanta continues to nurture these creative voices that carry the messages of the south.

The South Got Something to Say in the News: